Infinitroid - a 64x64 jam game for #lowresjam.  Now in beta version, probably final release as well since I am now having issues fitting any patch code into the game memory.

Explore "infinite" metroid-like levels generated on the fly.  32 of them actually, due to how codes work, but it's enough ;)

LEFT and RIGHT to walk.

Z and X are used for input/jumping/shooting.

Hold DOWN and press Z to swap weapons once you find an alternate gun.

DOWN interacts with SHIP and ELEVATORS(yes, even for going up)  Hold the button down to heal while standing on the SHIP.  When escaping, stand on your ship and press DOWN to win the game.

UP shows the MAP.  It's primitive, but should help in most cases of being lost.

Still not much of a game.  A lot of ground covered though!

So, the concept is really cool and it's done pretty well, but I still had some fun-related issues ^.^'

First of all, the other guns seem pretty redundant outside of the boss battle. Same with the jump upgrades. It wouldn't even be a problem if there were more enemy types that require more hits to kill in the later areas or if there were rooms that require going up to the ceiling to avoid some obstacles instead of just sticking to the floor level.

Another thing is the escape sequence; the game is easy and the auto destruction part is even easier than the rest of it, because 15 minutes is way too much to feel pressured. Even having just half of this amount of time would be a bit more than enough.

But every other thing about Infinitroid is just great and it's really hard not to enjoy that Atari-esque demake of Metroid :D 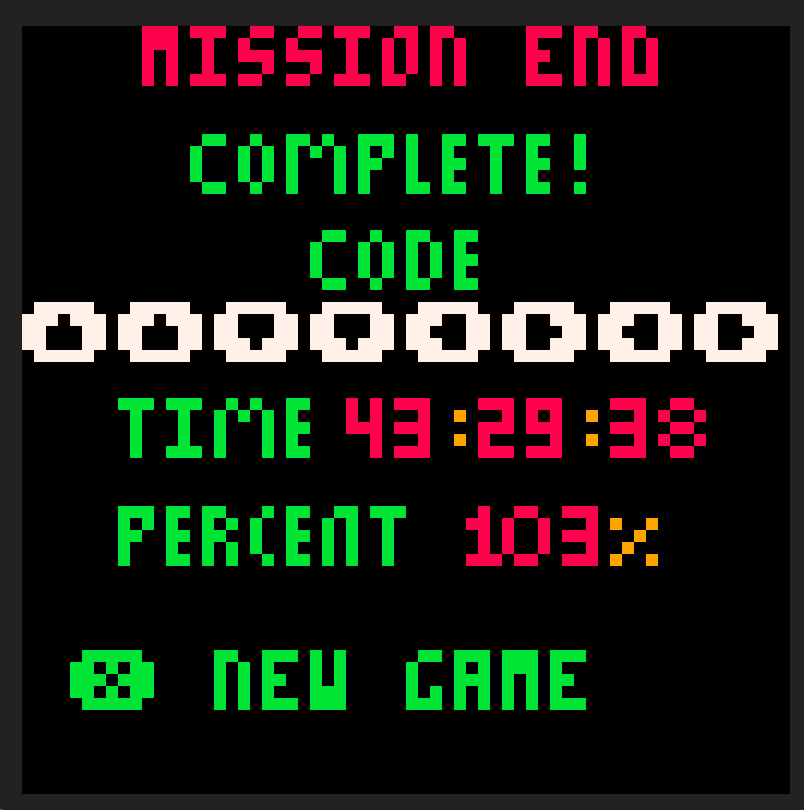 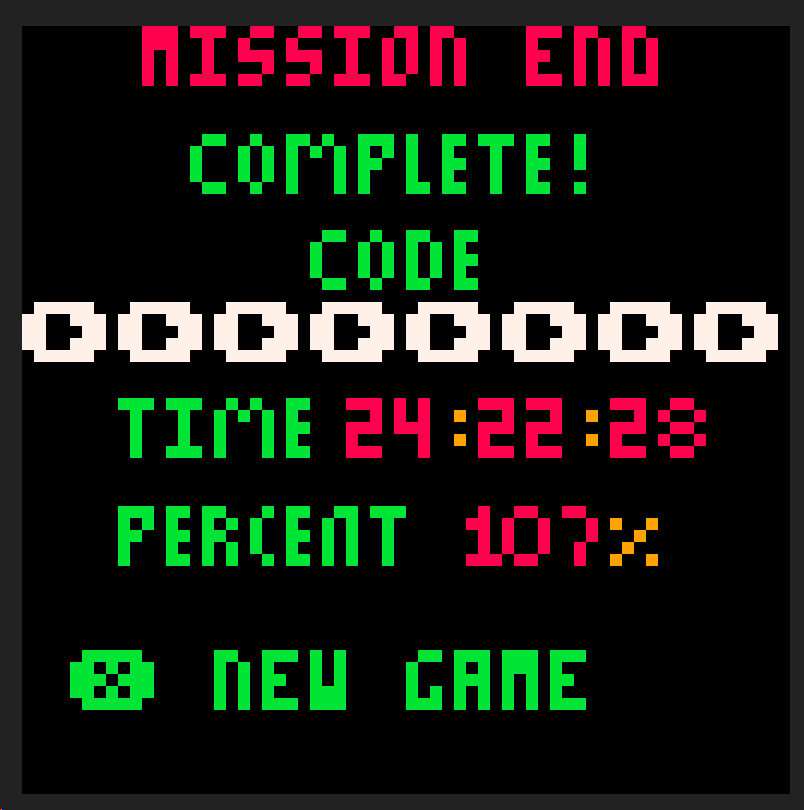