Great News! The full game of this jam has been released! Go check it out here: https://darkgriffin.itch.io/drake

This version and page will no longer receive updates. I am leaving it up for archival purposes of the low res jam. You should just play the full version linked above.

This is a small platformer starring our little pixel hero, Drake. Made for the #lowresjam game jam on itch.io.

You can contact Gawain Doell at @darkgriffin1986 on twitter, or at darkgrif@gmail.com through email. Or you can leave comments on the bottom of this page.

The Full Version is out! Check it out here, and grab a download copy through donating to me if you enjoy it! https://darkgriffin.itch.io/drake

Donations for this version have been disabled. If you want to donate to me, check out the full version at the above link instead!

Tip: Controls not working? Click the game to give it keyboard focus.

The game will tell you the controls as you play. In case you prefer reading them instead:

At least 5 more level areas were planned for the game, but I am running out of jam time. So the jam version more then likely won't be "complete" when the due date hits.

I do intend to finish making the rest of the levels and complete the game even if the jam time is up.

I will update this in the future when all the new levels are ready, so bookmark the game page and check again later!

Wish I could program so I could make something like this :'(

There are lots of non-programmer tools too!

This is actually made using Clickteam Fusion, which doesn't have typed "programming".  Alternatively you can look into Construct, for example, or RPG Maker.  (limited but it can help you grasp some basics about how games are put together under the hood, while teaching some basic scripting " logic" so when you get into code later on you can think like a programmer.)

There are also tons of tutorials online and free tools or engines out there to try out.  Don't get discuraged, even the best pros have days where they just copy and paste someone else's code and then study how it works.  Be patient, start small.

If you have not seen it already, I have a bigger version of this game with all the levels up on this same site.  The full version took about 3 months extra work beyond here in case you are curious.  That's with CT fusion doing most of the code work such as rendering graphics for me, so game making is a long process even with these tools.

The "great game jam" games you often see are from people with years of practice.  Don't let that discourage you from trying.  I assure you each of them have terrible to behold first projects that are hiding in an old hard drive or recycling bin somewhere from years ago. ;)

Stick with it, keep exploring, you'll find your "jam tool" eventually.  Don't be afraid to try new stuff or make something terrible, that's how everyone learns. :)

what did you make it with?

I used Clickteam's Multimedia Fusion 2.5 for this one, with a lot of custom events for my own platform movement. Glad you enjoyed playing it, and thanks for the comment!

Thanks! Glad you liked it! It was a fun little project. :)

I'll figure out how to get the other levels out to all my players when they are ready. It's going to be a while. I'd rather they be polished and flow well then rush them. 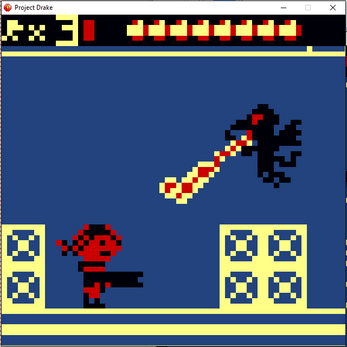 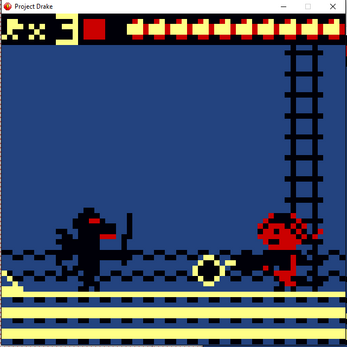 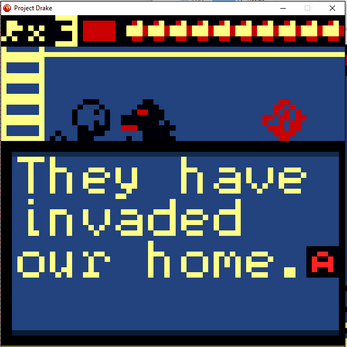 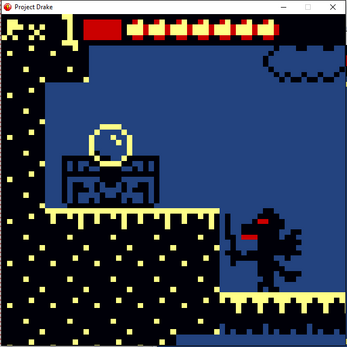